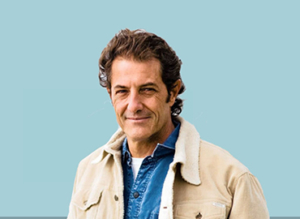 World Champion surfer Shaun Tomson has been one of the seminal figures in surfing’s history. A competitor, business executive, author, speaker, brand builder, film star, and global ambassador for surfing make his contribution across a wide range of the surf culture. As a competitor, Shaun’s consistency and longevity marked one of the most prolific careers in professional surfing. An icon in the Top 16 from the tour’s inception in 1976 until 1989, for a decade he was the man to beat.

The leader of a barrier-breaking group of young surfers who changed the perception of tube-riding he pioneered the act of maneuvering while deep in the tube of such storied spots as Off the Wall and Backdoor Pipeline.

Shaun’s popularity and respect garnered him top honors at the 1978 Surfer Poll, and successful business ventures with Instinct, Shaun Tomson Surfboards and Solitude apparel.
In 1982, Tomson relocated to Santa Barbara. He married his wife Carla and, after retiring from the world tour in 1990, he completed his bachelor’s degree in business, in which he finished at the top of his class.

Shaun’s professionalism changed the sports image more than any other figure in surfing.. He was a key figure in helping competitive surfing evolve from backyard events to today’s world circuit.

Since then Shaun has worked tirelessly on good works with so many charities they are too numerous to mention. He has written several books, has a speaking tour, and still supports the WSL for which he helped to create. But most of all it has been Shaun’s amazing title of surfing’s global ambassador that has cemented his legacy today.